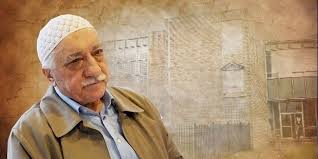 The Gulenists, who Turkish President Erdogan claimed were behind the failed 2016 coup, have found a haven in Egypt. Written in May 2017, Al Ahram Weekly.

Huddled near a mosque door across from Montaza Palace in Alexandria in Egypt, four Turkish men squat on the ground. The men hide from the driving sea breeze off the Mediterranean and discuss Turkey in the weeks since Turkish President Recep Tayyip Erdogan won a national referendum which gives him more authority in Turkey. They are members of the Turkish Islamist congregation (Jaamea) called the Gulen movement. In their 60s, they say they are refugees “from Turkish government oppression”. The four speak anonymously, fearing Turkish government reprisals against their families if they give their real names.

With multiple members of his family in prison, Hassan Guven, a 64-year-old businessman, laments that Turkish prisons are overcrowded. “Twenty or 30 people stay in one prison cell,” Guven says, adding that many of these inmates are Gulenists and have waited months to appear before a judge. “They sleep on the ground for want of space. And still no justice,” says Guven as he chokes back tears.

After the failed 15 July 2016 coup President Erdogan blamed the Gulen movement as being the primary organisation behind the attempted takeover. In the past 10 months since the coup, high and low level members of the Gulen movement have filled prisons across Turkey. According to the Gulenist Website www.turkeypurge.com, 48,000 Turkish citizens are in prison in Turkey and another 98,000 have been detained on suspicion of being involved in the failed coup. Meanwhile, nearly 135,000 Turkish citizens have been fired and blacklisted from their jobs since.

The Turkish men in Alexandria left Turkey months before the coup attempt. They state that since the coup, the Turkish government has reported their passports as “missing” or “stolen” to Interpol. This has resulted in the men being in Egypt without a renewed visa because they are afraid their names are on an international police arrest list. They fear they will be deported back to Turkey and a Turkish prison if they are caught by police in Egypt.

They say they are desperate to work but are concerned because of their residency status. For now they live off donations and support from other Gulenists and Gulenist educational institutions in Egypt. Yet, the men hope the UN will grant them official political refugee status in Egypt. Until then, Ahmet Bey, 68, says, “we are controlled by the Turkish dictatorship.”

Before the attempted takeover and before they lost everything, each man was a successful businessman in Turkey, employing dozens of individuals. Now their businesses have been closed by the Turkish government. Turkish state security forces have frozen their bank accounts and seized their assets. The men report that even their state retirement benefits have been cut off.

Still they feel lucky to be in Egypt. They see direct connections between Turkey and Egypt from a joint Ottoman past. Alexander, 60, relates, “the Egyptians are such a warm people. We are of the same Mediterranean Muslim culture. Egyptians never make us feel like we are second class citizens. We are all equals and they have been so welcoming!”

The four men and their families appear to be innocents caught in a post-coup witch-hunt. Yet, there are reports out of Turkey that support the Erdogan government’s accusations against Gulen movement members.

Turkish political analyst and author Islam Ozkan states there is evidence of active support of the failed coup d’état by many Gulenists in Turkey. The evidence points “strongly” to the Gulenists being the primary force behind last year’s failed coup. For example, Ozkan relates, on the day of the coup, civilian Gulenists immediately occupied state media institutions and even fought side-by-side with coup-supporting Turkish military forces. Such momentary support cannot be a coincidence. Clearly, civilian Gulenists were working with rogue Turkish military forces on 15 July last year in pre-planned fashion, explains Ozkan.

“The government and security forces have been overly aggressive in their arrests. But this was a treasonous coup d’état after all,” Ozkan said, accepting that mistakes have been made against innocent Gulenists and that too many have been arrested. “In the future, innocent lower level Gulenists should be freed,” Ozkan believes. While accepting that Turkish prisons are crowded, Ozkan stresses that the government and the courts need time to sort through the many cases of treason following the failed coup d’état.

Ahmet Bey stresses that the Gulen movement is an apolitical “decentralised group” which only supports education and democracy in Turkey and around the world. With schools, businesses, media outlets and hospitals in over 200 countries (including an extensive network in Egypt), the Gulen movement is an international organisation. Its businesses and schools are staffed primarily with Turkish Islamist supporters of Turkish Imam Fethullah Gulen. Fethullah Gulen himself has been living in the US in exile since 1999.

Ahmet Bey says that when Erdogan supported democracy and education in Turkey, Gulenists supported him. At the beginning of Erdogan’s AK Party rule in 2002, the Gulen movement was among his closest political allies. However, the relationship between them began to fray starting in 2011.

According to Mohamed, in 2011 the AK Party and Erdogan began to be more authoritarian. As a result, Gulenists broke with Erdogan’s government in December 2013. “The Turkish government thinks we (the Gulen movement) are terrorists,” Mohamed, 65, said. “They say we are ‘terrible insects’ intent on destroying Turkey from the inside with a parallel state. But it is not true.”

Explains Ahmet Bey, “starting in 2011 we members of the congregation (Gulen movement) began to see the real face of Erdogan. It is a face worse than Hitler’s.”

Ozkan points to an event of Gulenist political over-reach as the cause of Erdogan’s resistance to the Gulen movement in Turkey. In 2012, Gulenist prosecutors and Gulenist security forces tried to arrest Erdogan’s chief intelligence officer, M I T (National Turkish Intelligence) Director Hakan Fidan.

At the time Fidan was reportedly having back channel meetings with the outlawed Kurdish Workers Party, or PKK, at Erdogan’s behest. This Gulenist meddling in official state affairs was the first warning to then prime minister Erdogan that the Gulenists in his government and police force were not working for him or the other elected leaders of Turkey.

Ozkan relates that from 2012 onward, Erdogan and others in the AK Party leadership came to believe that the Gulen movement was trying to take over the Turkish state and organise a new parallel state within the Turkish state which would then rule over Turkey itself. Facing such a clandestine organisation like the Gulen movement, Erdogan’s only option, states Ozkan, was to resist encroachments on his power.

Ozkan says that high level Gulenists “have been actively trying to take over the government since at least 2012 and these same Gulenist leaders have involved the Gulen movement in the failed coup against Erdogan and Erdogan’s AK Party.”

The truth of who is to blame between the Gulen movement and Erdogan is not clear. However, it seems unlikely that the four Turkish men in Alexandria had anything to do with last year’s events.

With luck, the four plan to open a new factory in Alexandria. Perhaps over time these Turks living in Egypt will come to see it as their new home and contribute to its further growth. And over time it may be possible that divisions in Turkish society since the attempted coup will be healed. For now, however, Gulenists try to flee Turkey and seek refuge in cities like Alexandria.